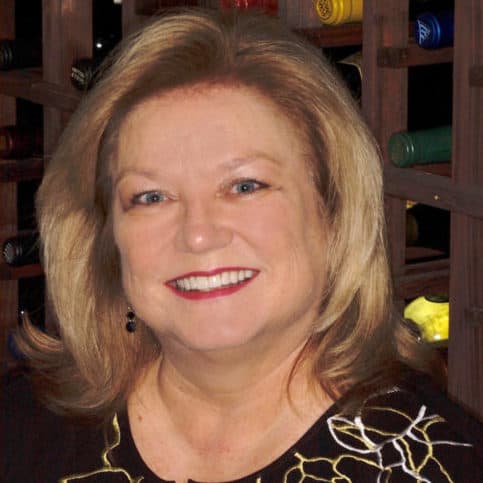 At our 20th Anniversary Bash, held October 30, 2018, we honored and celebrated three community leaders for their giving hearts and extraordinary community impact. Among the three was Holly Hearn Whaley, President and CEO of Nashville Wine Auction. Learn more about Holly and her Gilda’s story in this excerpt from the event program.

An accomplished businessperson, dedicated community leader, and distinguished philanthropist, Holly Hearn Whaley believes in the power of a good celebration – that life is too short to drink bad wine, and that there’s no reason to waste a moment not sharing that nice bottle with the people you love.

And to the great fortune of Gilda’s Club Middle Tennessee and everyone the non-profit serves, Holly also believes in Gilda’s Club.

In March 2011, Holly became Executive Director of Nashville Wine Auction, America’s oldest charity wine auction. A beloved, self-sustaining charitable organization that exists solely to raise funds for the fight against cancer, Nashville Wine Auction engages area wine enthusiasts and wine communities from around the globe. An intensely personal endeavor for Holly, whose mother passed away from breast cancer at age 54, Nashville Wine Auction has raised more than $20 million in its 30-plus years of existence, including more than half a million dollars for Gilda’s Club Middle Tennessee.

Holly, who has long been involved with Gilda’s Club, maintains that the mission and work of the organization is both crucial and exceedingly valuable. According to Holly, “With the Nashville Wine Auction, we search for worthy projects that really help people in our community. We love to support research and patient treatment, but something that is sometimes even more important is family support, caregiver support, and support for the patient in non-medical ways – and that’s what Gilda’s Club is all about.”

Through Holly and Nashville Wine Auction, Gilda’s Club Middle Tennessee has reaped innumerable benefits, including funding for the beautiful kitchen at the Nashville clubhouse. But what Holly Hearn Whaley brings to Gilda’s Club Middle Tennessee and the people of Nashville and surrounding areas is immeasurable: through her passion and dedication, she has galvanized legions of supporters to join together to help members of this community impacted by cancer.

It is our distinct honor to recognize Holly Hearn Whaley with the inaugural Red Door Champion Award.