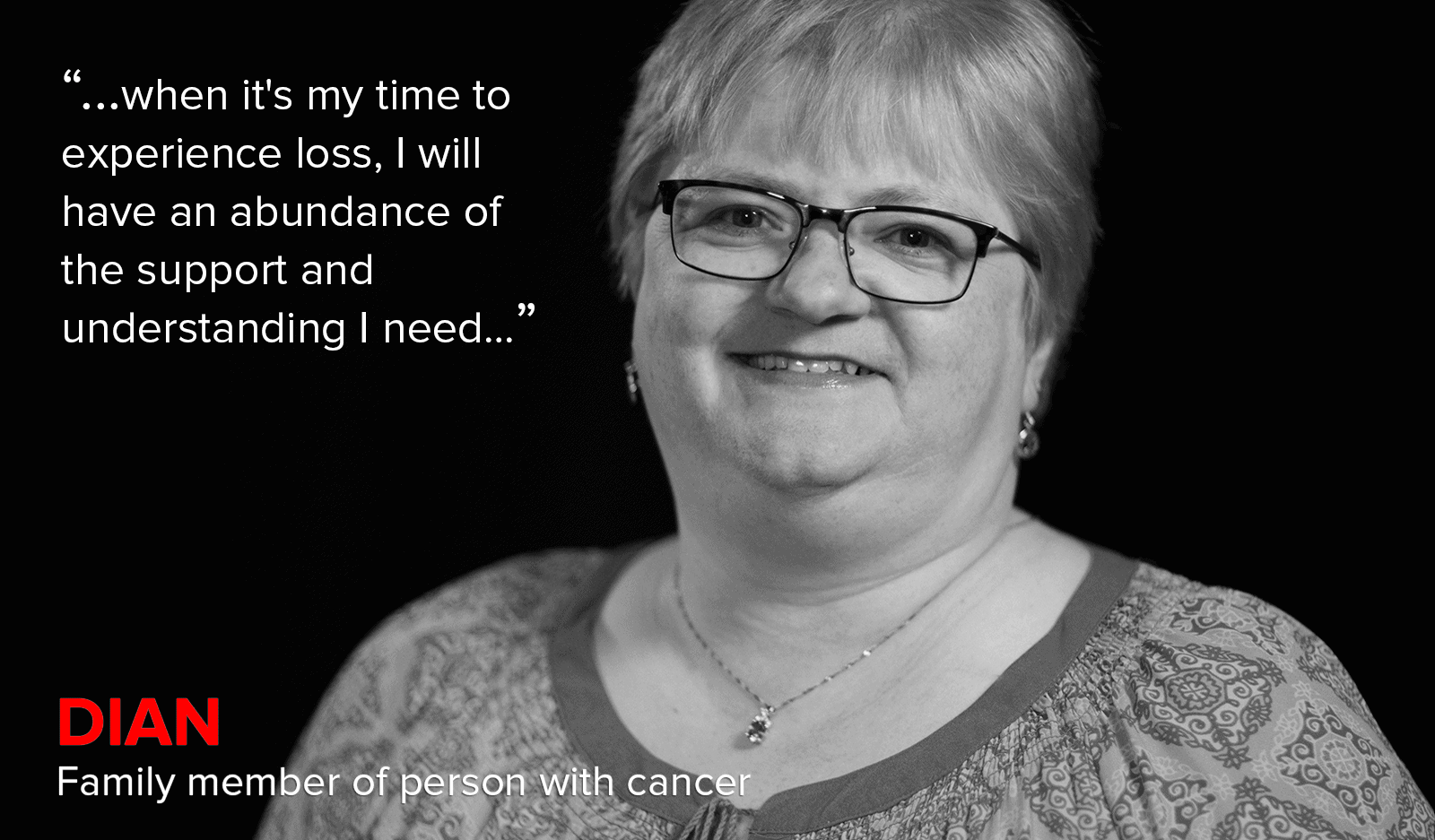 I first learned about Gilda’s Club from a friend from church who had ovarian cancer. Months later, at her funeral, I met someone else who was involved with Gilda’s. My husband was going through stage four prostate cancer at the time and I was struggling. When there are that many doctor appointments and all the treatments and everything… I was at a point where I knew I had to do something for me.

My first time at Gilda’s Club, I went through the “intake” process, so that we could figure out where I would fit in best. That was more than six years ago… I’m one of the lucky ones, because my husband is still living. But it’s also incredibly hard because, since his cancer is metastatic, we know what the end game will be eventually – and so, in many ways, we’re just living and waiting for the other shoe to drop. Gilda’s Club is a place where people get that.

I go to Gilda’s Club once a week religiously for support group…It takes a lot for me to not be here. And yet, as wonderful as support group is, it’s also hard. We’ve had many losses and my husband doesn’t quite understand why I subject myself to that. What he doesn’t realize is that everything I give will be reciprocated…when it’s my time to experience loss, I will have an abundance of the support and understanding I need…a group of people who get it.

For me, Gilda’s is a safe place. I get support. I get love, understanding, encouragement, and even laughter. Gilda’s is my second family – and they keep me going. 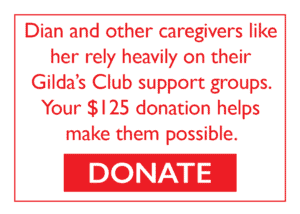