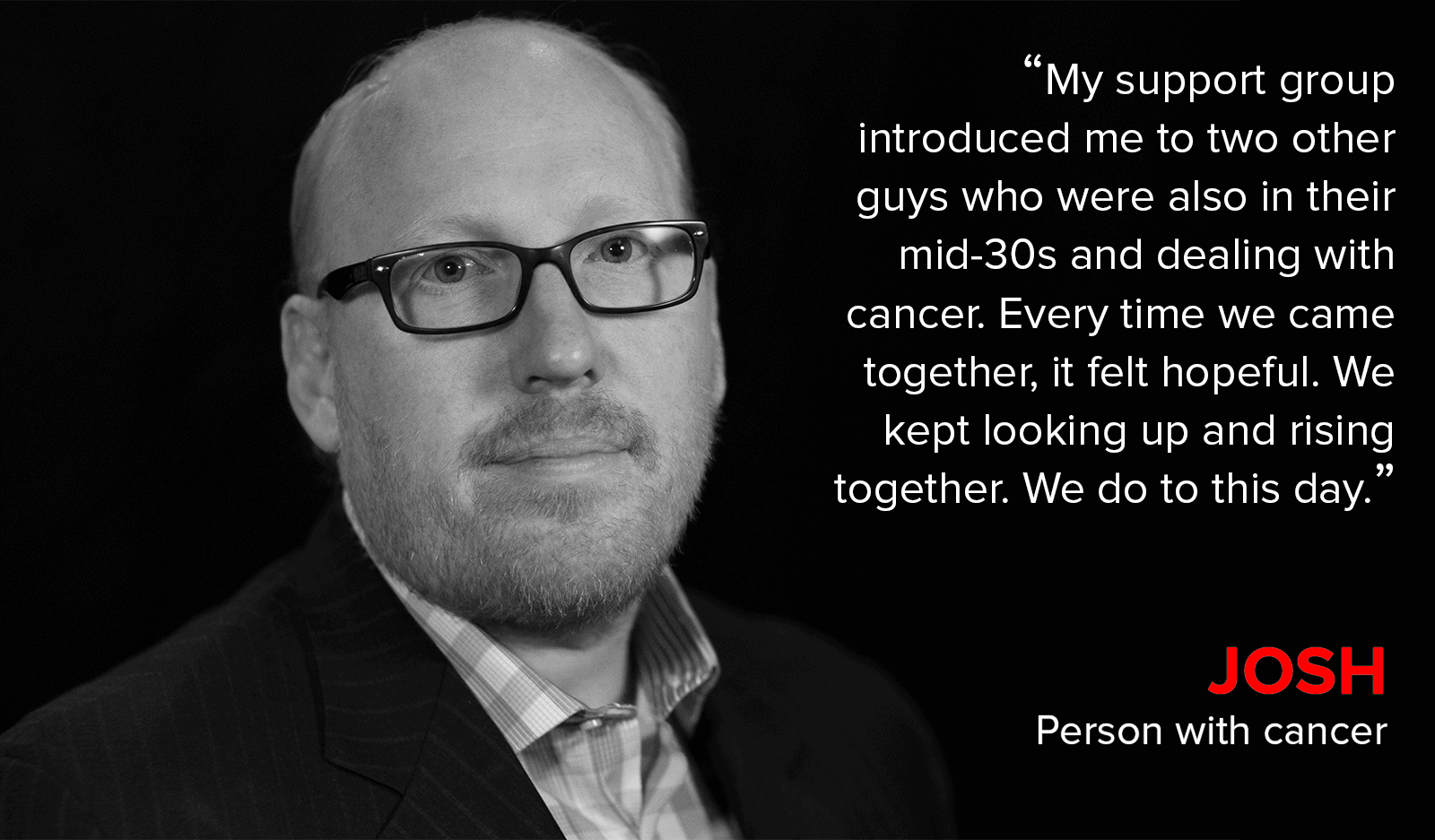 In September 2009, after having some issues and generally just not feeling well, I found out I had a mass in my head. I don’t remember many of the details of the day I got the news, just that the doctors were saying things like “you need to go talk to so-and-so in neuro” and “you’ll need this scan and that scan.” I was fairly young at the time and newly married… I didn’t even know if the mass was benign or malignant at that point… What I did know was that the whole thing scared the shit out of me – and I was going to need some help.

So, when I got home that night, I went to the computer and typed in “cancer support.” I connected with Gilda’s pretty quickly and came in for orientation. Then, I joined a support group. I wasn’t really sure what to expect in group… Would I have to talk, or could I just sit there? I was relieved to find out I could basically do whatever I wanted during this time.

I loved my support group for the very fact that, when I was in that room, I could make people smile and laugh – even when they were struggling. They also treated me like a normal person and taught me about survivorship. They taught me that you can only control the things you can control, so, you’ve just got to keep putting one foot in front of the other – even though that’s often easier said than done.

My support group also introduced me to two other guys who, at the time, were also in their mid-30s and dealing with brain cancer. I dubbed us the Brain Tumor Posse. When we were together, there was a vibe that made us stronger. Every time we came together, it felt hopeful. We kept looking up and rising together. We do to this day. It’s simply amazing. Everything about Gilda’s Club is amazing. 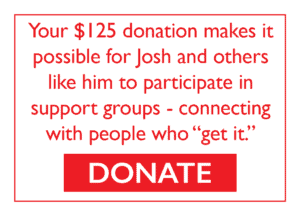