Providing Support, Education and Hope to All People Impacted by Cancer 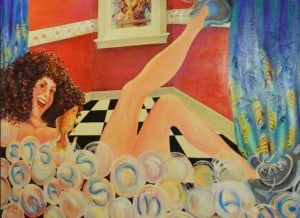 Gilda’s Club Middle Tennessee, an affiliate of the Cancer Support Community, is dedicated to providing support, education and hope to all people impacted by cancer, including family members and friends of those diagnosed.

Free of charge to everyone, Gilda’s Club Middle Tennessee provides a gathering place where people with cancer, as well as their families and friends, can join with others to actively involve themselves in building social and emotional support as a supplement to regular medical care. Our evidence-based programming includes support groups, healthy lifestyle workshops, mind-body classes, social activities, educational lectures and community resource information. Offering approximately 60 professionally-led support and networking groups, and more than 50 educational workshops and lectures each month, Gilda’s Club Middle Tennessee is able to make a tangible difference in the lives of those impacted by cancer. We build community, so no one has to face cancer alone.

Gilda’s Club Middle Tennessee mission is to ensure all people impacted by cancer are empowered by knowledge, strengthened by action, and sustained by community.

Founder Sandy Towers was enjoying a career in media and event management when her best friend, Kristy Olson, was diagnosed with brain cancer at age 26. Kristy shared with Sandy her interest in finding integrative approaches to supplement her medical care and treatments. She utilized relaxation techniques, educated herself about nutrition, and was always seeking things that would make her laugh. Even though Kristy's cancer diagnosis was terminal, she was dedicated to living well with her cancer for as long as possible. 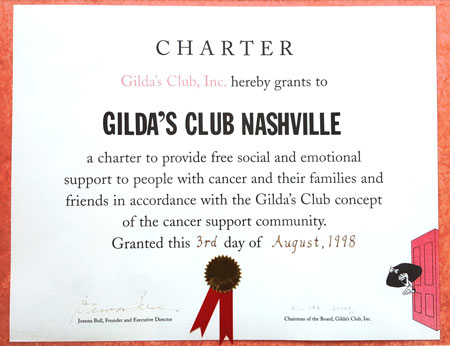 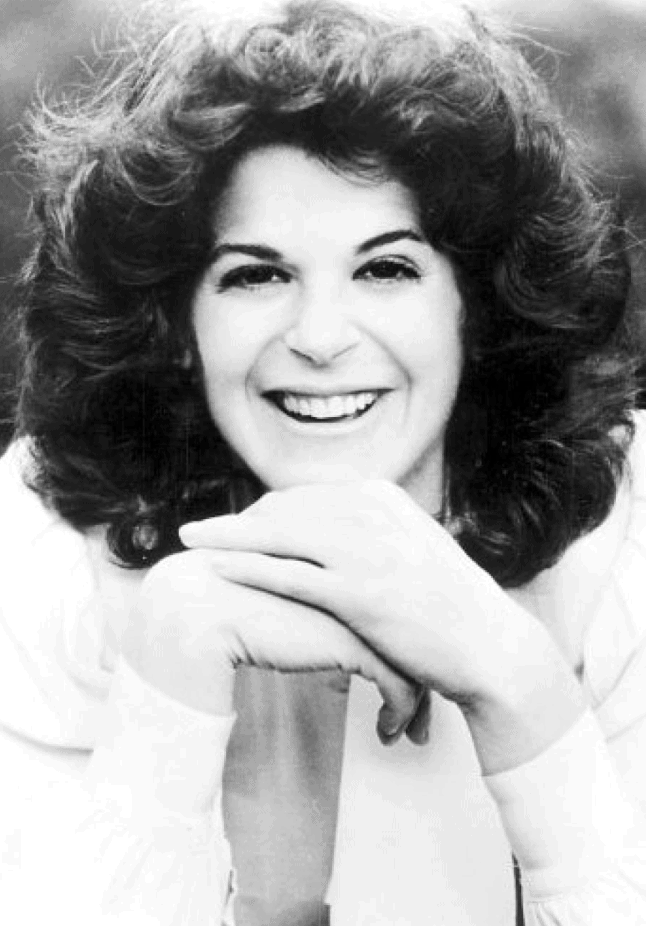 Our namesake, Gilda Radner, was one of the original cast members of NBC’s “Saturday Night Live.” Throughout her time on the show, she created a number of enduring characters, including Roseanne Roseannadanna, Emily Litella and Lisa Loopner. Laughter and love were central themes of Gilda’s career and life, including in her marriage to actor and comedian Gene Wilder, the original Willy Wonka.

When Gilda was diagnosed with ovarian cancer in 1986, she quickly realized the importance of emotional and social support. After attending The Wellness Community in Southern California, Gilda envisioned places of participation, education, hope and friendship to be made available to men, women and children with all types of cancer and their families and friends. After her death in May 1989, Gilda's husband, Gene Wilder, and Joanna Bull (Gilda’s psychotherapist) founded the flagship Gilda’s Club in New York City.

In 2009, Gilda’s Club Worldwide and The Wellness Community merged to become Cancer Support Community (CSC). Today, we provide the highest quality social and emotional support for everyone impacted by cancer through a network of more than 50 local affiliates, 100 satellite locations and a variety of online resources. While Gilda’s Club Middle Tennessee is an affiliate of CSC, we are a separate 501(c)3. Being an affiliate allows us to share knowledge, research, resources and ideas, but it does not mean that we share funding. Funds we raise here, stay here.