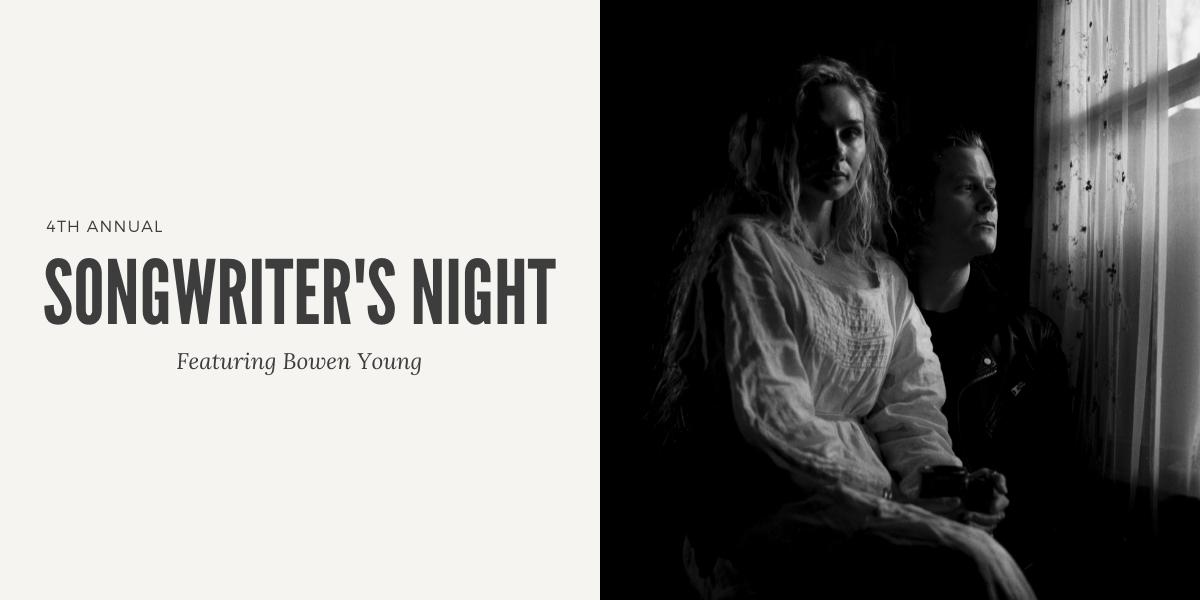 Join us on June 12, 2022 for our 4th Annual Songwriter’s Night at Fat Bottom Brewing in West Nashville.

The 4th Annual Songwriter’s Night will be headlined by duo Bowen Young.

Clare Bowen and Brandon Robert Young were born hemispheres apart, they’ve each experienced their own successful musical journeys, and now the married couple have formed a duo – Bowen Young.

Before landing the iconic role of Scarlett O’Connor on the ABC/CMT/HULU TV series NASHVILLE, and launching her career as a singer/songwriter, Clare Bowen was growing up in rural Australia. Bowen heard her first broadcast of the Grand Ole Opry on the wireless in her grandad’s kitchen and soon after, her classical vocal coach paused one of their lessons to comment on the “country lilt” that had naturally crept into Bowen’s voice. It would be another decade before she’d duet with heavyweights like Zac Brown Band and Vince Gill, recording songs with Grammy-winning producers like T-Bone Burnett and Buddy Miller.

In 2018, Bowen, along with Brandon, nabbed a coveted spot on Sugarland’s “Still The Same Tour”. She then set out on a headlining tour in support of the international release of her eponymous album with sold-out shows across the UK, Germany and Australia. The album made its highly anticipated debut in the US and the rest of the world in Summer 2019.

Brandon Robert Young was born and raised in Enfield, Connecticut, and was drawn to music from an early age. Forever inspired by the songwriting and storytelling of Johnny Cash and Jeff Buckley, Brandon moved to Nashville in 2000 with a two-hundred dollar guitar he didn’t know how to play and a notebook full of blank pages. Between working shifts as a traffic-dodging courier, Young sat in his tiny Nashville apartment and taught himself how to play the guitar. It was there that he stumbled toward his first songs, relentlessly honing his craft.

A stacked heap of dog-eared notebooks and thousands of lyrics later, Young has spent over a decade traipsing all over the globe collaborating with and alongside artists such as John Hiatt, Emmylou Harris, John Carter Cash, Buddy Miller and Clare Bowen. His music has also been prominently featured in shows such as NASHVILLE, Showtime’s SHAMELESS, ABC’s A MILLION LITTLE THINGS, among others. After witnessing their on-stage chemistry and artistry, the producers and network for NASHVILLE invited Brandon to join Clare and the NASHVILLE cast both on-screen and the show’s international tours.

Bowen Young have just completed their debut album as a duo and are planning a release later this year along with an extensive touring schedule. 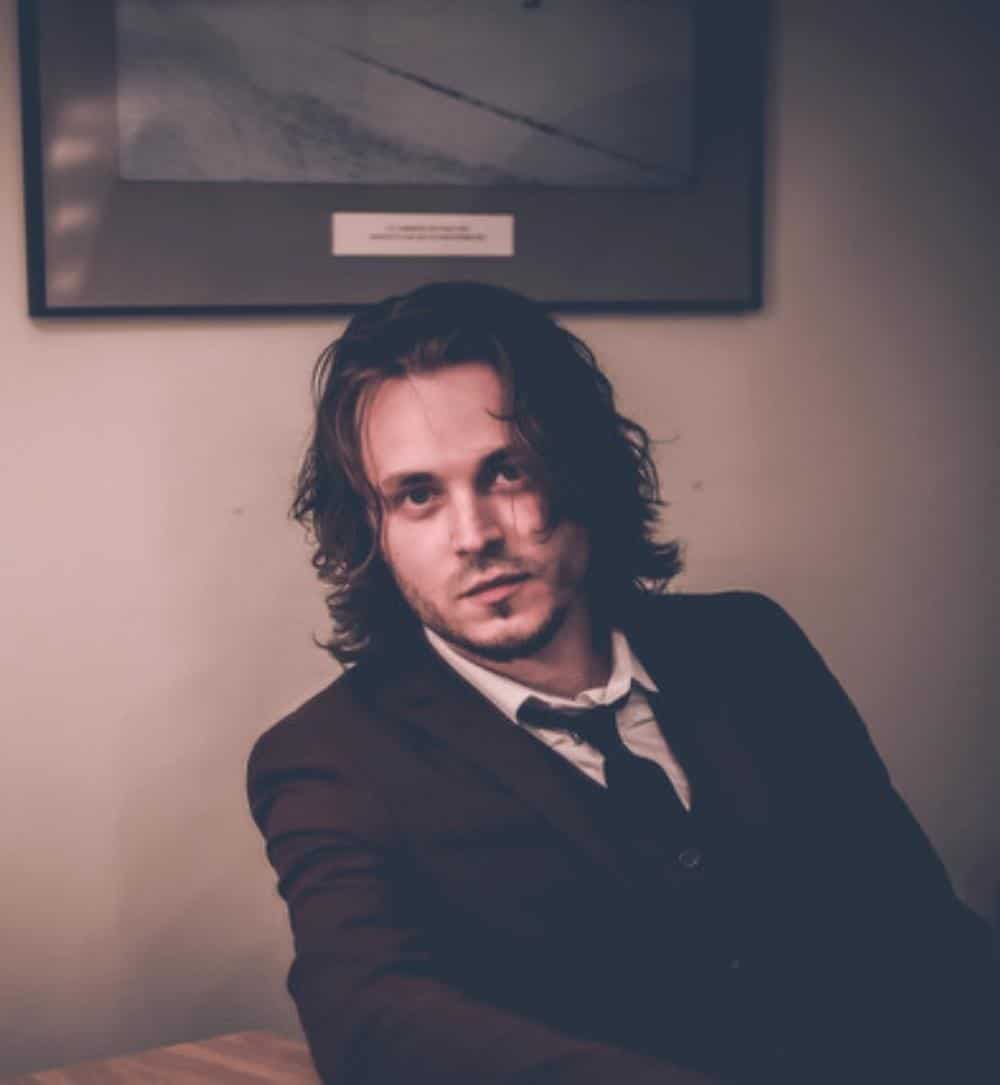 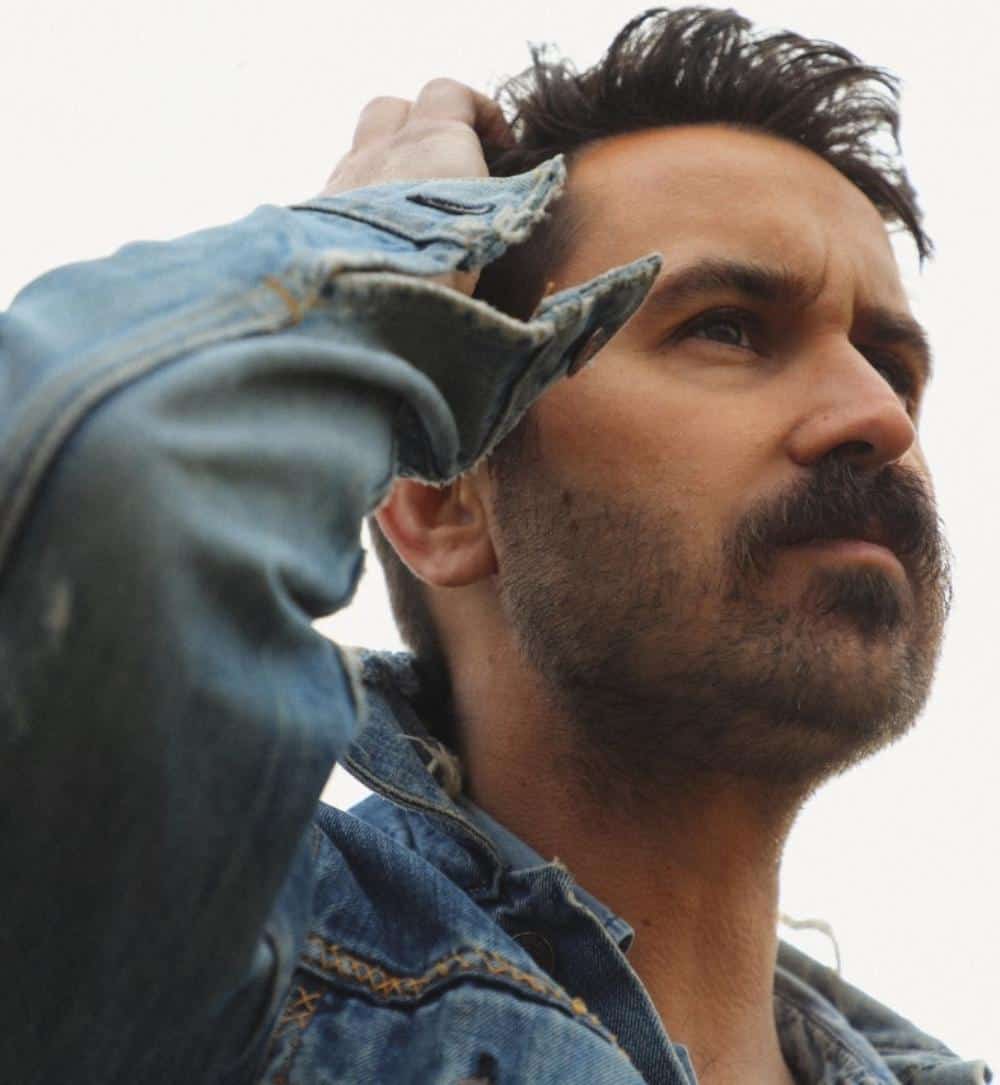 Singer, songwriter and producer Sean McConnell’s latest collection of songs A Horrible Beautiful Dream approaches the difficult task of asking questions of what one really thinks they know, in the simultaneous struggle of not being afraid of the answers that emerge. Musically, the project wraps McConnell’s rich voice in moments of dark intimacy as well as vivid brightness, and guests such as The Wood Brothers, Natalie Hemby, Audra Mae and Dan Tyminski underscore McConnell’s versatility as creative partner and commentator. McConnell’s goal in the creation of A Horrible Beautiful Dream was an album reflecting the chaotic time in which it was made, but still striving for timelessness. “You can look at the suffering of the world and you can look at the beauty of the world and you can hold them in your hands and just be present with that and not have to even understand it,” he says. 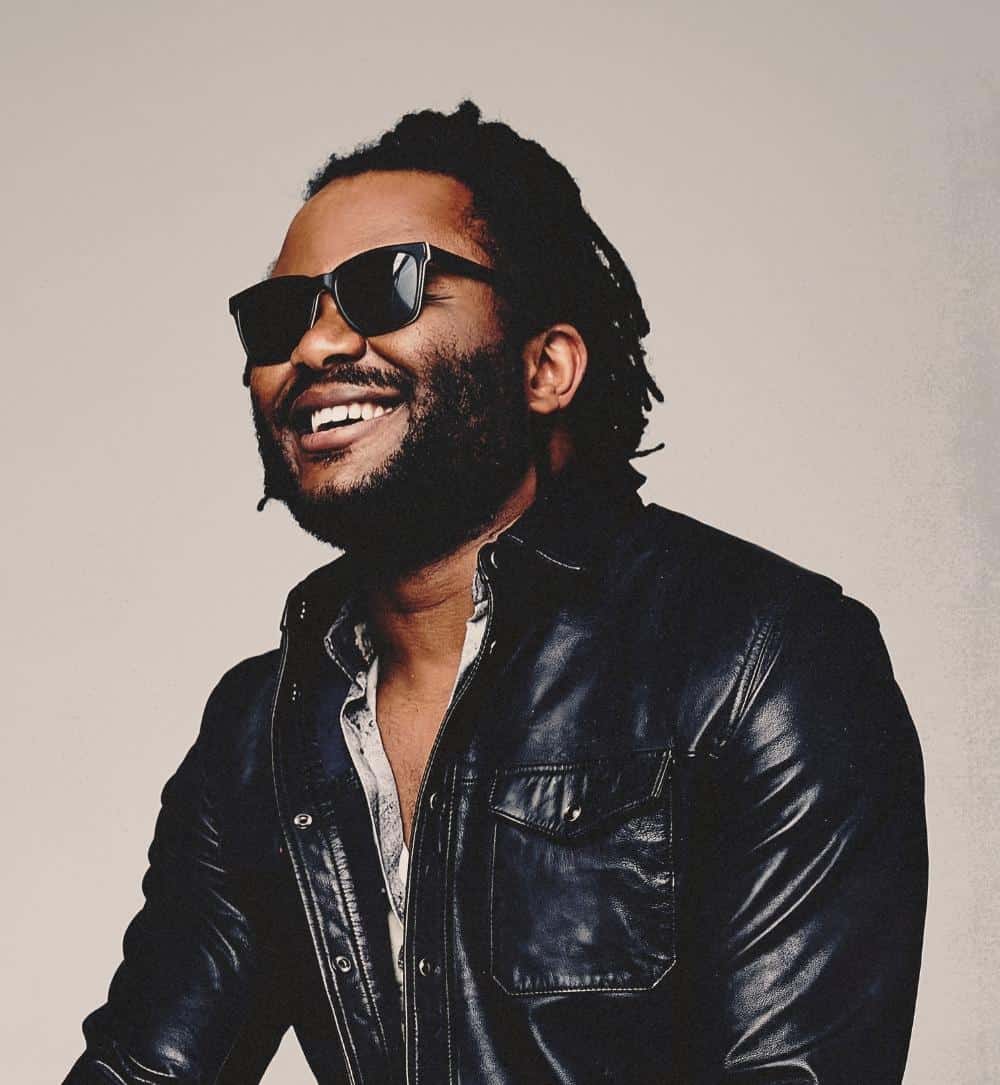 The youngest of six siblings, the Nigerian-born singer/songwriter immigrated to the United States with his uncle at the age of six. Born blind in one eye, Blessing’s parents sent him to the United States in an effort to restore his vision, though unfortunately he lost his complete eyesight by age 10. Gravitating towards the piano before losing his vision, Blessing’s school teachers helped nurture his talent, and he soon found himself at Belmont University honing his craft in Music City. Hints of pop, Motown, and soul flourish across Blessing’s music as he sings of optimism, hope, and finding silver linings in dark clouds. Blessing’s seven song EP Brighter Days is out now via Chris Tomlin’s Bowyer & Bow imprint in partnership with Universal/Capitol Christian Music Group.

Interested in being a sponsor for Songwriter’s Night? View our sponsorship opportunities and contact Meghan Lamb or Molly Warren. 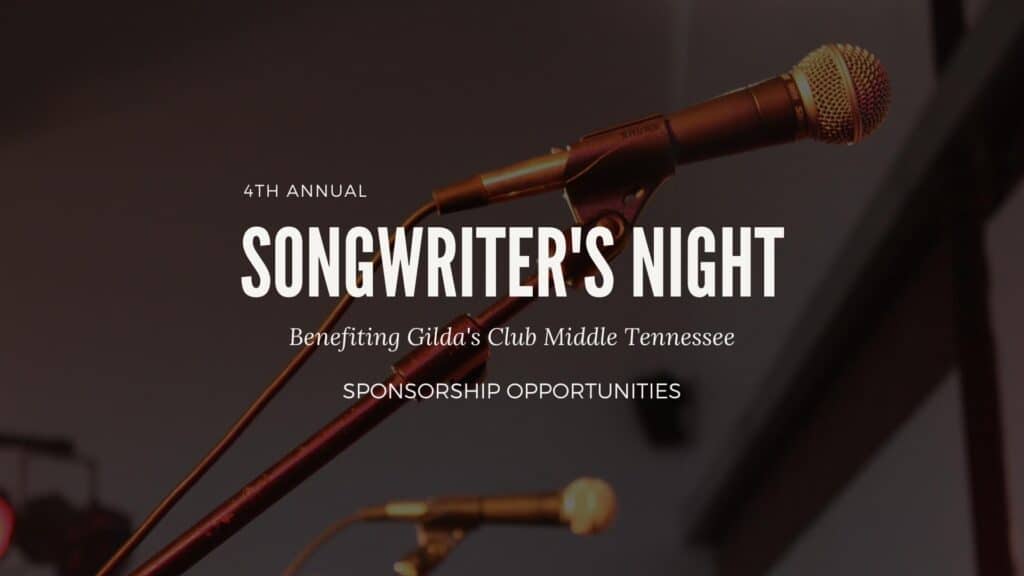