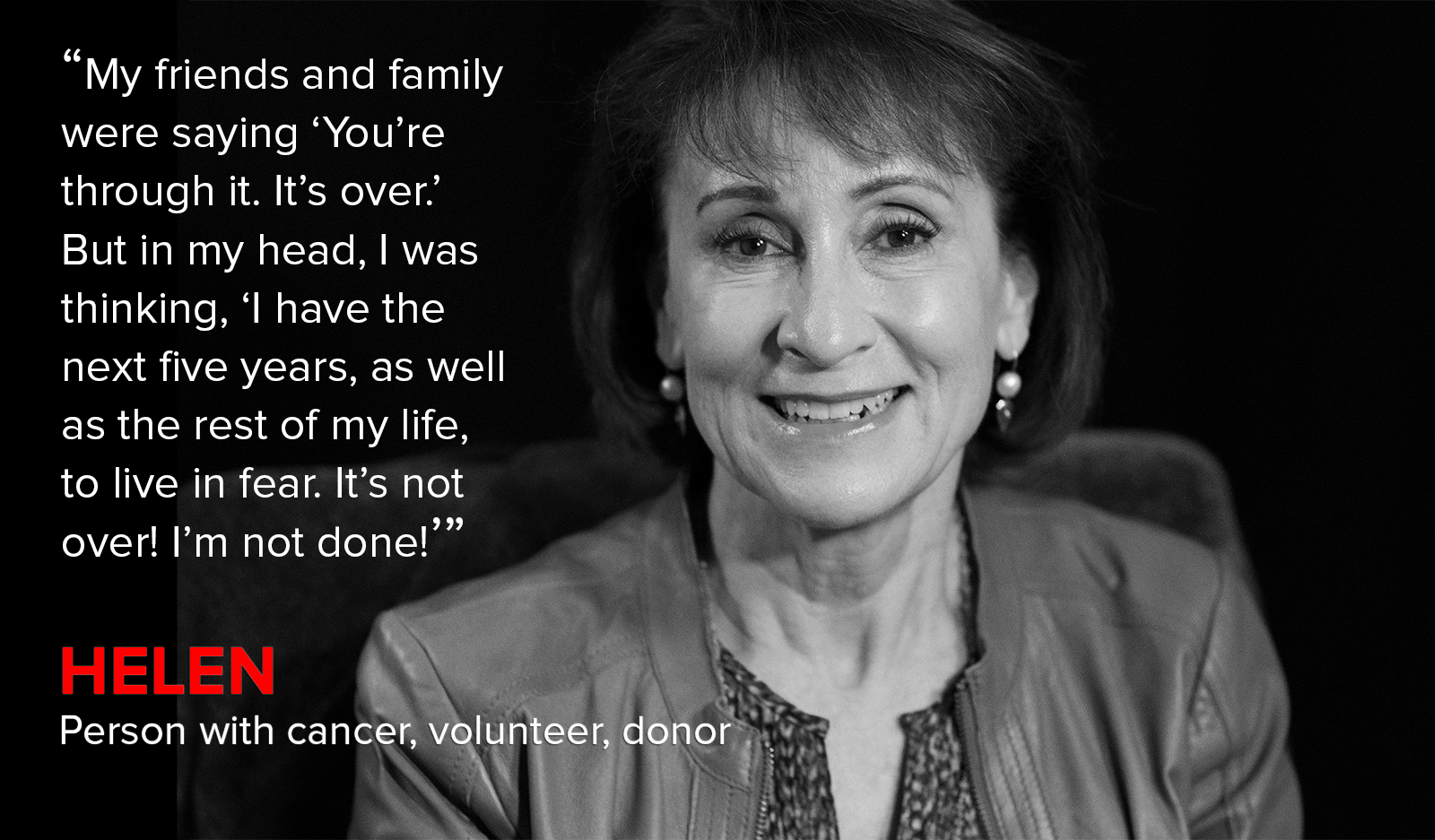 I was diagnosed in April 2013, but actually didn’t come to Gilda’s until I finished my treatment. I was aware that it existed, but, during treatment, I was too busy just putting one foot in front of the other. I didn’t know I needed it at that point.

The type of breast cancer I have is not hormonal, so when I finished treatment, there was nothing more to do…nothing more to take. This isn’t how they said it, but it felt like the doctors were saying, “Go away. Live your life and hope it doesn’t come back.” At the same time, my friends and family were saying “It’s done. You’re through it. It’s over.” They were all so well meaning and wonderful, but in my head, I was thinking, “I’m still bald. I have the next five years, as well as the rest of my life, to live in fear. It’s not over! I’m not done!” I fell apart. That’s when I came to Gilda’s Club and joined a support group and found out my emotions were normal.

Today, I’m past the five-year mark, but remain involved with Gilda’s as a board member. I love the breadth of what they offer, because different people need different things; while one person may need nutrition and cooking classes, another might benefit from yoga or guided meditation. Even how they onboard new members – when you sit down with a social worker to determine where it makes the most sense for you to plug in – is thoughtful. Ultimately, everything about Gilda’s Club is designed to support each person’s unique cancer journey. 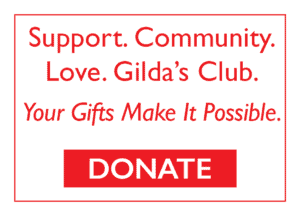